This article reviews the BeeSting Tuner Bloop Tube, originally written for Target Shooter Magazine. Be sure to note the author's prediction at the end and remember it was made in 2011. We now know his prediction has come true - good call Mr. Cockayne! 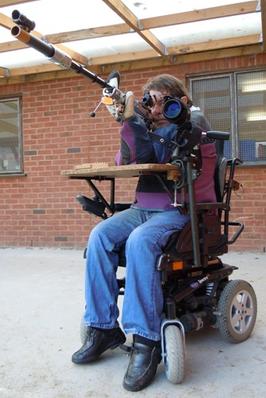 About the Author: I have been shooting for over twenty years both full bore and small bore including pistols until they were banned by our government. Full bore shooting for me is my 'fun' shooting and small bore target rifle for serious competition. I compete at the National level and have shot for Warwickshire County for most of my shooting years, my average last year being 98.6. I qualified to shoot for GB (disabled) some years ago but after some very serious consideration declined due to health problems. Fellow team members at my club, Leicester Rifle and Pistol Club, are GB shooters, my scores are comparable with theirs I'm sure in part due to using the BeeSting tuner.
Last year I did a batch test at Eley, the batch I finally settled on gave just over 12mm groups edge to edge, when the BeeSting was fitted the group size dropped to just over 8mm edge to edge. That's an improvement of 33% or 0.3 points per shot on an electronic target now used by the ISSF. I have said before and I'll say again that is an advantage no serious shooter can ignore.